The complex consists of three seven-storey, ellipse shaped buildings with an architecture designed to inspire employees and visitors alike. Curved façades and tight rigidity conditions placed a real challenge on the buildings’ foundations. DELTABEAM® was ready to shoulder the responsibility..

The owner of the Karolinska Institutet Science Park real estate, Akademiska Hus I Stockholm AB, engaged the Swedish architect SWECO FFNS Architects to design the research centre. The largest leaseholder of the new buildings is Biovitrum, one of Europe’s largest biopharma companies. Jon Tvedt is among the eight architects currently working on the project. “The aim was to design a centre that is an inspiration to the people that work there and to those who visit”, he says. “Future companies are meant to be proud of their address and workplace.” The premises must be designed for effi cient research as well as for flexible and easy alterations; organisations and the purpose of use may change at short notice. “We must create the requisites for smooth and quick moving of separating walls, cabinets, kitchens, and wall outlets”, Tvedt continues.

Currently two of the final three buildings of the research centre are under construction. In the planning stage, the architects had cells and organisms as their model and the design project went under the work name “Cell 3”. The buildings are identical, all the same size and ellipseshaped. In the middle of these a space opens up like a small clearing in the woods. “The three cells and the suspense and relation between them is our way of depicting the activities taking place inside as well as creating associations to the spirit of Karolinska Institutet”, Tvedt describes.

The DELTABEAM®s are placed along the façade and as load-bearing beams between different frameworks. The requirements for the design of the DELTABEAM®s were very specific, as the buildings needed to achieve a high level of rigidity due to the laboratories and other research facilities that would be contained in the premises. The assembly work is very exact, as the columns of the façade are threestorey high to enable quick mounting of the DELTABEAM®s that go between them. Altogether 2400 meters of DELTABEAM® has been delivered to the site, together with ca. 40 PCs Corbels for connections, and 300 special sheet metals. Harri Onikki is Project Engineer at Peikko and was responsible for the DELTABEAM®s in this project. “The curved outer wall proved a challenge, as the end of the beam was slanted in relation to the column and this made the fixing seem tricky at first. However, we managed to design a basic solution that was easy to repeat and could be used throughout the building”, says Onikki. “When the project started in the autumn of 2007, the deadlines were very tight. We were required to deliver 50 beams a week, which was a tough job considering the special design of the beam. However, we kept to the schedule and all went well in the end.”

The constructor of the steel frame in this project is Knut Jönson Ingenjörsbyrå AB. Lars Forsgren works as an agent at this Swedish engineering company and has been involved in the implementation of the DELTABEAM® and its connection details. “The DELTABEAM® system has met all our technical requirements and the beams have been very easy to assemble. They readily conformed to the curved façade despite four separate joints and the connections have functioned superbly”, he describes. “We were also satisfied with the fact that the DELTABEAM® did not require any additional fire protection at the site.”

ATAB Montage och Smide was the company that ordered the DELTABEAM® from Peikko for this project. Juha Montonen at ATAB is familiar with the DELTABEAM® from previous projects and says he considers Peikko to be a competent supplier as the deliveries are quick and the service is good despite the boom within the construction industry. “One of the advantages of using DELTABEAM® is that the connection details are of such high quality and easy to use, no welding is required,” says Montonen.

A record-braking DELTABEAM® to come

Kenneth Sühl from Peikko Sweden knows what exact work it is to design beams for assembly with very low tolerances and screw connections between beam and column. “It is exciting to work with demanding details and find solutions that are practical and easy to implement for the workers at the site,” describes Sühl. “The Karolinska Institutet Science Park is among the largest DELTABEAM® deliveries we have made to Sweden so far. Two previous hospital construction projects have included 5 km and close to 4 km of beam.”

As for interesting challenges, the future is looking good. Says Sühl: “We are delivering our longest DELTABEAM® to date to a hotel construction project for Kosta Boda in Sweden. This beam measures an impressing 14.9 m and weighs 8500 kg.”

The DELTABEAM® system has met all our technical requirements and the beams have been very easy to assemble. They readily conformed to the curved façade despite four separate joints and the connections have functioned superbly. We were also satisfied with the fact that the DELTABEAM® did not require any additional fire-protection at the site. 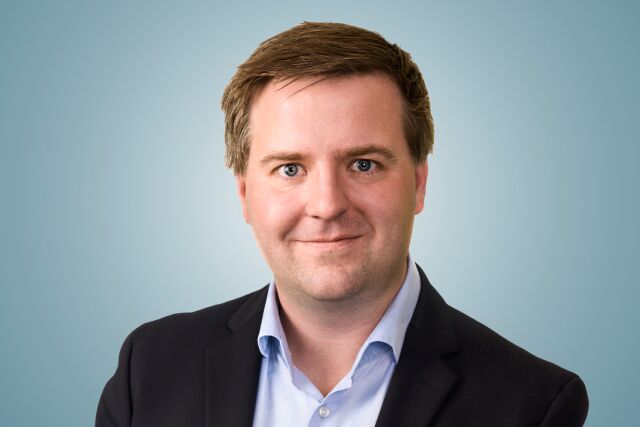